The rituals surrounding Death were yet another revelation to me.   Unlike the UK where funerals usually take place at least a week after the event, in Italy people are despatched within 24 hours.   For any relatives living at some distance, it might not be possible to arrive in time;    where it was quite unexpected, the rush to prepare everything can be exceptionally stressful for those who were close.   The first sign is the notices which are posted on the relevant boards throughout the town, with name of the Departed, their family, time and place of the funeral.   When my father-in-law died,  I was surprised by the arrival of sympathisers with their traditional packets of sugar and coffee. a symbolic nourishment.   He was taken to the smaller of two cemeteries in town, but for those who wanted to join their family in the larger plot, it was necessary for their coffin to be carried uphill for some considerable distance. As a result,occasionally a bearer or follower has been known to suffer a fall or other such injury during their climb.   When my mother-in-law died some years later, I was expected to sit in a very cold little room with her body for several hours so that she should not be left alone;  her sons of course, were busy elsewhere.  There were also rituals which kept children away from school and not allowed to play outside, whilst some families would not even hang out their washing.     However, when my own mother died, far away in London,  not one of these rituals was expected to be followed. 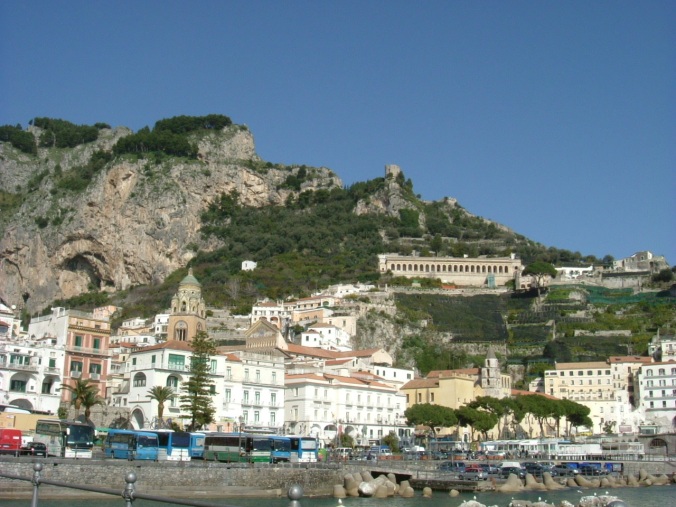 the cemetery, with all the arches along its walls, can be seen dominating the town.